One Species Are We (The Linnaeus Song)

Since I first began playing folk music, I found that a keen interest in science, nature and the environment was not an uncommon characteristic of the musicians and singers I met and learned from. The man who first welcomed me to the thriving CT folk scene, Don Sineti, has been and continues to be a champion of cetacean (whales and dolphins) conservation and environmental consciousness. Likewise, the flute player from whom I learned many tunes, Jim Sirch, lectures in ecology at the Yale Peabody Museum. These and countless other examples made it clear to me that home-grown and hand-crafted music sits comfortably in the hands of environmentally conscious folks. They inspired me to combine my interests in nature and music. 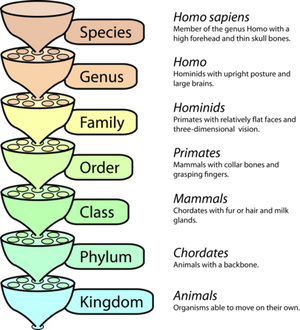 Now, I have rarely ventured into the world of songwriting, and I have great respect for those with the skill and originality to craft words and melody into something timeless, catchy and meaningful. The courage to then share a song with the rest of the world is even more admirable. My early creations were sparse and primarily parodies of folk songs focusing on insects and their natural histories. I would borrow the melody and lyrical structure from a song like 'Bury Me Beneath the Willow' and attempt to write a song about a willow-feeding caterpillar...but I rarely completed these little song-writing experiments.

In 2008, I first heard Finest Kind sing “No More Fish, No Fisherman” at the 29th annual Mystic Sea Music festival. I thought this song which Shelley Posen had written was one of the greatest I had ever heard. After buying the album and reading the liner notes, I was amazed to learn that the melody was hijacked from an English Christmas carol of all things! This took parodying an important step further: lose all the words, keep the melody, and write something new and beautiful. Since then, I’ve desired and endeavored to create something equally catchy and powerful about biology, entomology or some other natural science.

In 2015, an idea finally took root. I wanted to write something like a drinking song where each verse toasted the next character in a series (cf. The Barley Mow). With that in mind, the idea to focus on Linnaeus’s biological classification system was almost immediate. Each of the verses of the song would describe one of the 8 hierarchical categories that human beings are classified in, starting with Domain and ending with Species. I took a lesson from Shelley and borrowed a melody of the same type. Where he had repurposed the melody of “See Amid the Winter Snow”, I borrowed another English carol, “Awake, Arise, Good Christians” that I heard from the singing of the late and very great Tom Gibney. This is a song that I fell in love with musically, but had no interest in singing because of my complete lack of emotional connection to the lyrics.

As I made my daily commute between Providence and the University of Connecticut in late 2015, I gradually composed each verse. It helped that I was teaching introductory biology labs at the time and was immersed in this particular level of taxonomy. The chorus came surprisingly easily and 'Linnaeus'/'betray us' will always be the rhyme I'm most proud of. The final line of the chorus and likewise the title of the song, "One species are we!' has the look and emotional weight of an all-inclusive mantra that aims to remind us all that despite the hate and egregious injustices that are interminably displayed on every media outlet and mar our brief existence on this planet, we humans are not all that different. In fact, despite color, creed, heritage, etc., we are all as closely related as we can be in a taxonomic sense. When I started writing the song, I didn't expect it to have a strong underlying message, but alas, that's how it went. And since I was on that road already, I had to seize the opportunity to include a topical political punch line in the final verse.

By mid-January the song was nearly complete. I tried it out for the first time at a local pub sing in Providence where it was received with great delight and encouragement. I slyly (or perhaps boldly) snuck it in at other sings, musical gatherings and festivals around New England until friends started requesting it. Recently, I sang it at TradMad at Pinewoods camp and I was flattered by the number of people who asked me for the lyrics and showed interest in learning the song. So I'm finally making good on my promise to distribute "The Linnaeus Song", and I'll be eagerly looking forward to hearing someone else lead it for a change.

The lyrics (with some helpful definitions) are below. Armand and I have yet to make a proper recording of this song, but thanks to our good friend Benjamin Foss, there is a rough recording from the 2016 New England Folk Festival available here (http://logamp.com/1808/music/tracks/7264) for your educational listening pleasure.

One Species Are We
(melody = Awake, Arise Good Christians)

Of three domains of all life, eukaryotes are we
Inside each cell within us, a nucleus there be
Bacteria, Archaea, unfortunate are they
They have no membrane bound around their strands of DNA

Chorus: Linnaeus! Linnaeus! Here’s to your hierarchy
And let it not betray us! One species are we!

By the milk our mothers gave us, by the hair upon our skin
It’s clear that we are mammals, class Mammalia we’re in
Most have a placenta, but this class has strange extremes
Like the milky-pouched marsupials and egg-laying monotremes

So let’s put things in order, now that we’ve been to class
With monkeys, apes, prosimians, we, the primates, do amass
We all can be distinguished by our well-filled craniums
And the envy of all other life: two fine opposable thumbs

Welcome to our family, all Great Apes are we
Orangutan, gorilla and our cousin chimpanzee
But if you believe bonobos just evolved into man
It seems you treat your own brain just like a garbage can

Homo is the genus of the African bipeds
Who stood erect, and picked up tools, and learned to use their heads
Our cousins are extinct now, leaving only us
But thanks to our bad habits, we may join them soon enough 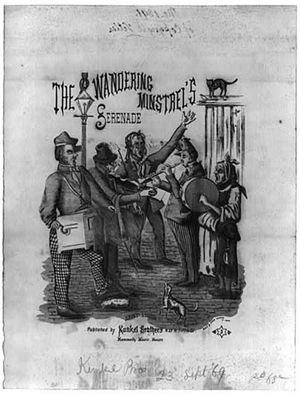 Over the past few months we've played some very enjoyable gigs, attended Northern Roots in Brattleboro, VT (one of our favorite annual trad music festivals), and have generally been singing up a storm with friends at home in Providence and throughout New England. Our local pub sings at Nick-a-Nee's (spearheaded by Molly Bledsoe and Alex Krogh-Grabbe) and the Irish Ceilidhe Club of Rhode Island have been powerful sources of warmth and community through these climatologically fickle weeks of winter.

A well-received snow day on Monday gave us a good excuse to finally record a few songs to share on our website, and we hope to keep posting regularly :)

First up is a fun little Irish song called 'What Will We Do If We Have No Money?' which we learned from our friend Alison Perkins. This seemed like an apt choice to post because the sentiment is so charming, agreeable and celebratory of our lot in life. Although we are not fearing bankruptcy, a violin-maker and a graduate student do not lead exceedingly lucrative or luxurious lives. And yet we take great pleasure in our humble existences and surround ourselves with music and good company. We are happy to 'hawk through the town' for a song (as Vox Hunters should) as well as a like-minded companion or two to join us in our wandering yodels.

Our arrangement of this jovial little song was greatly inspired by the music of Will Duke and Dan Quinn - two unison singers in Sussex, UK who accompany themselves on melodeon and concertina. After a little digging online, we also hunted down the source for this song, an Irish traveler named Mary Delaney, whose vox we've also become smitten with.
Embed for What Will We Do If We Have No Money?

Musical Feet!: The Next Step 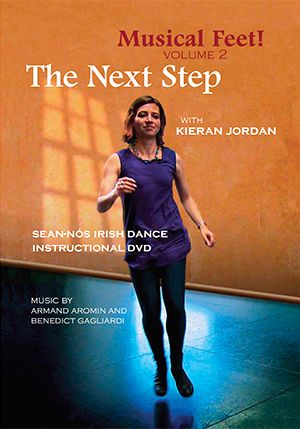 We're a little late to report this, but we've had the honor of collaborating with Kieran Jordan on her second sean nós instructional dance video: Musical Feet!: The Next Step which was released in November. Kieran is as amazing a dancer as she is a teacher and her videos are a must-have for any aspiring sean nós dancer. Playing for her allows us the rare opportunity to not only hear the pulse of trad music, but to see it in front of us. It's immensely enjoyable to fit a jig or reel around Kieran's dancing because you can just about hear the tune in her steps. The dialogue that develops between buttons, bow and feet is, for us, one of the great rewards of playing Irish music. For this video, we we're happy to supply the tunes while she did all the hard work, but who knows, the non-dancing Vox Hunter might be inspired to learn a step in secret some day ;)

We'll be collaborating on another of Kieran's projects on March 11th and 12th -- a performance of music and dance called "Little Gifts".
We're sure there is much more to come from this musical partnership in the future. Stay tuned!

We've had a number of very enjoyable gigs this summer and we even got around to recording a few songs and tunes for the fun of it. Check out the 'Music' and 'Videos' tabs for recently uploaded media. More to come as well!

Nothing more to say than that...